We have big news!

Our President Steven Lowy AM announced today that the long awaited construction of the new Hakoah at White City would start immediately.Late last week, a construction agreement was entered into with Parkview Constructions, a well-respected builder.

The opening of the new Hakoah at White City will be a momentous day for the community. It will be the hub of the Sydney Jewish Community, and also welcoming to the broader local community. It will provide much needed facilities that include event spaces to support a wide range of social, educational, and cultural activities, including music, art, dance etc. State-of-the- art sporting facilities include a fitness centre, a floodlit all-weather football field, a learn-to-swim pool, a 5-lane lap pool and weatherproof multi-use courts for basketball, netball, futsal and more. The Club will also provide a range of café and dining experiences for members and guests. Sydney Maccabi Tennis Club will develop and operate nine new tennis courts, four mini courts for children, and a new clubhouse. The opening of Hakoah at White City is planned for late 2023/early 2024. 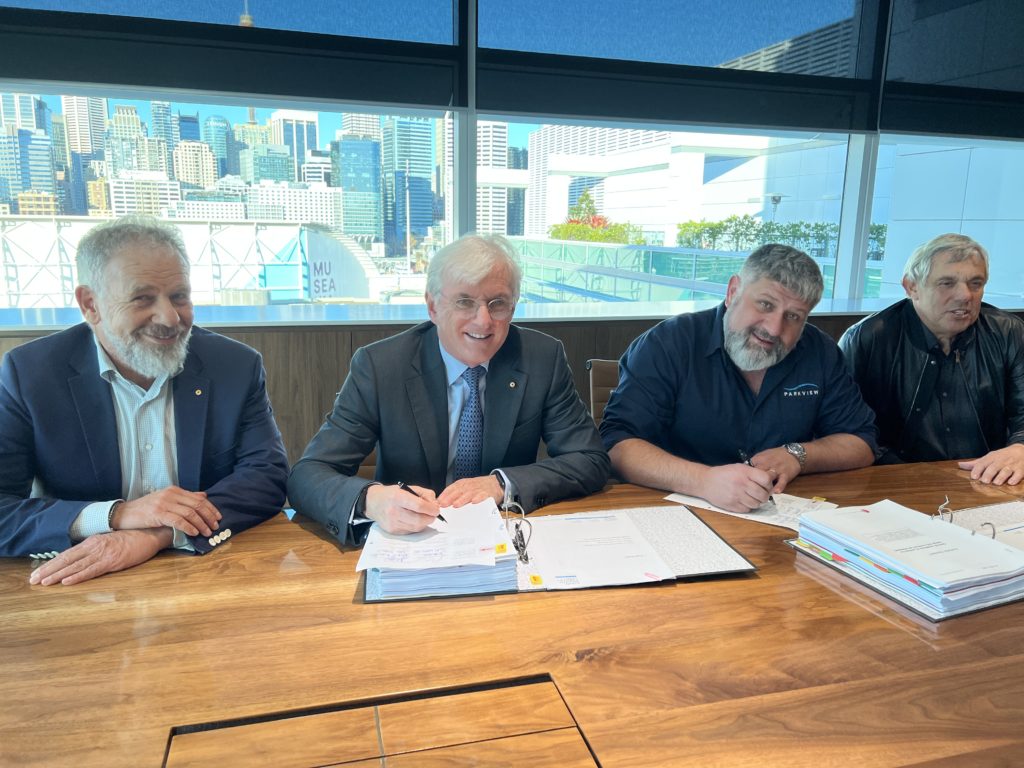 In the last year, several significant milestones have been achieved, including receiving the necessary Development Consents, signing agreements with community organisations that will use Hakoah, appointing a CEO, and raising $75 million in support, including $15 million in State and Commonwealth government grants.

Mr Lowy expressed immense gratitude to the NSW and Commonwealth governments and to Woollahra Council for their support in sharing our vision for this project. He acknowledged many people who have supported the project: “Thank you to the community for believing in Hakoah so strongly. Over three thousand pre-opening memberships and 200 major donors show that the community eagerly embraces the vision of Hakoah at White City. We are particularly pleased to see many younger community members supporting the club.”

Mr Lowy also expressed his appreciation for the professionalism and dedication of the Hakoah Board, its Subcommittees, and the professional team. Our community owes this group of mainly lay leaders a massive debt of gratitude.

“We feel more excited and determined than ever to deliver an asset that will be the shining jewel of our community for generations to come,” said Mr Lowy.

Finally, a place for young Jewish adults to connect

We’re better together, in person, at the new Hakoah

Game on for Hakoah